"Murdoch of the Living Dead"

Murdoch Mysteries meets Night of the Living Dead in this spooky episode directed by Yannick Bisson, featuring another crazy Crabtree theory or two. Detective Murdoch investigates the death of Harriet Fuller whose body is found on the riverbank near Corktown. They question her husband Jeremiah who is indifferent and passive. Their 13yr. old daughter Betty says he looks like her father and he talks like him, but it isn't him. With Dr. Ogden’s help, Betty opens up to reveal that her father went away for a few days and after he returned he doesn't smile or shout, “…nothing. I don't know who is inside of him, but it's not my pa.”

Dr. Grace determines that the Harriet did not drown, as they had initially suspected, but was strangled by someone with a very large hand. Returning to Corktown, the team questions the neighbors who are unwilling to talk except for Rosina Denman who tells them that Jeremiah used to beat Harriet senseless, but she never spoke a word against him because he worked and provided for his family. But then he changed, like a different person got inside him somehow.

Meanwhile, Constable Crabtree finds that Jeremiah Fuller is officially dead already according to the city records. Perhaps Jeremiah Fuller is a revenant, a walking dead, explains Crabtree, “ they continue to inhabit its own dead, decomposing corpse. It was a real problem in Medieval England, to the point that people would have to be buried with stones in their mouths to keep them from rising from the grave.”

Then a second body is found, "Knuckles" Johnson, petty thief, and a one mean, forever knocking heads in just for the fun of it. “He took his beating and went down like a sack of spuds,” explains Brackenreid.  Another known violent man, acting in an uncharacteristically docile manner, what else do the two men have in common? With another death certificate signed by a Dr. Sabet, Murdoch is convinced a conversation with him should help dispel Crabtree’s new Haitian zombie theory, but there are no records of Dr. Sabet anywhere, no medical license, no address, and neither Dr. Grace nor Dr. Ogden have ever heard of the man.

After Dr. Grace discovers that the second victim's brain has been operated on and with an X-ray of Jeremiah’s head to confirm that his brain has been altered in the same manner, Murdoch and Dr. Ogden are reminded of another case – involving Dr. Luther Bates.

Scene of the Crime

Looking for a man with very large hands

The emptied office of Dr. Sabet

Working it out at the Blackboard

Using Radiography to get an x-ray

As suspected someone is tampering the brains of men

First marker of the season!

William at his desk 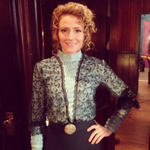 William and Julia in the interrogation room

Retrieved from "https://murdochmysteries.fandom.com/wiki/Murdoch_of_the_Living_Dead?oldid=52993"
Community content is available under CC-BY-SA unless otherwise noted.